Since I started telling people that I accepted a job in Budapest back in February, I have been met with many a blank stare from people who had no idea where it was located (Europe). Based on my own experience, I can only imagine what Ebby went through telling his friends and family that he was moving to Baku in Azerbaijan. I admit, I had to look it up myself (It’s east of Turkey on the Caspian Sea. You’re welcome.)

Where are you now and what are you currently teaching?

I am currently living in Baku, Azerbaijan and teaching at The International School of Azerbaijan (TISA). Here, I teach MYP4, IBDP English Language & Literature Higher Level, am the Director of CAS and Lead Advisor, and serve as the M4 & M5 Pastoral Coordinator

This is my second international post and start of a few! 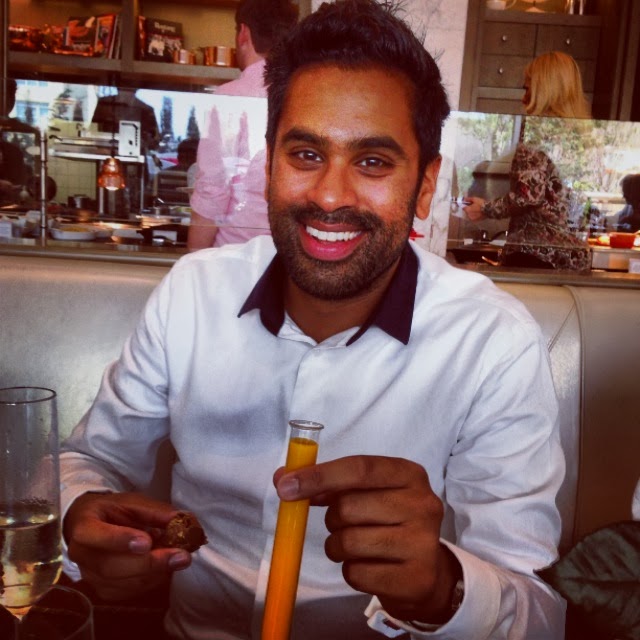 What made you decide to teach internationally?

I taught in a small public high school outside of Washington DC (George Mason High School in Falls Church, VA. GO MUSTANGS!), and there I was introduced to many students who traveled with their families for fun, work, and on exchange programs. When I was little, I was bitten by the travel bug because my parents did a great job of getting my siblings and I out of the US, so once I began my career in teaching, I found myself traveling a lot for fun and thought, “There’s got to be a way to do both of these things!” A year later after my department-mate left for The Graded School in Sao Paulo, I found myself on a plane en route to Abu Dhabi for my first international post. The rest, as they say, is history.

What’s challenging about teaching at a new school in a new country?

I think the very first challenge is the culture shock. Depending on where you are, it can be rather jarring and quite severe. I am lucky in that the Middle East, the UAE in particular, is very western, which makes it quite easy to adapt to. The life in Abu Dhabi for an expat is beyond cushy. 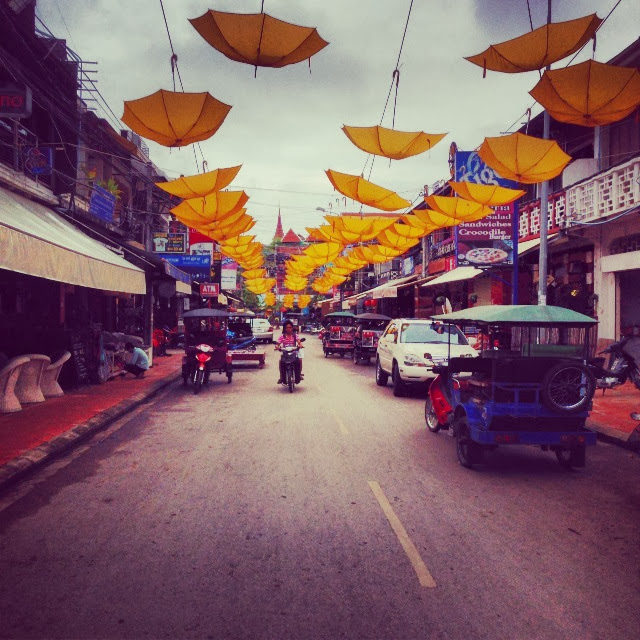 How is teaching internationally different from teaching in your home country?

The main difference that I have found is that the local students who are members of your class are very well connected. Even more so than in Washington DC. Since being international, I’ve taught [and currently teach] kids of people in the highest offices in the country.

What’s it like living in Baku? What’s your favorite thing about being an expat there? What is challenging?

Baku is a city of contrast and of facade, albeit quite noisy with all the traffic and the incessant honking. Azerbaijan as a country is ex-soviet, so as you meander around the city, you see the remnants of that all around. There are sections of the immediate city that are broken and patched up, especially in the Old City where I live (the Old City, or “Ichari Shehar” is surrounded by the original fort walls). However, right next to this dilapidated neighborhood, there is the Baku Flame Towers and Fairmont Hotel, that overlooks the entire city and the Caspian. It’s a real mix of old and new, traditional and liberal, stone and glass. It’s quite striking. 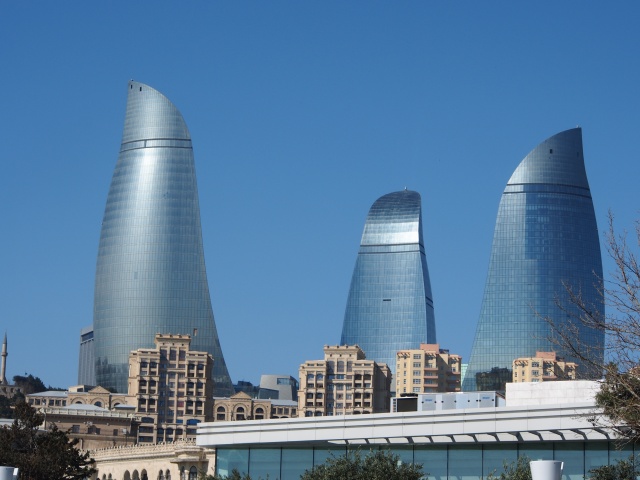 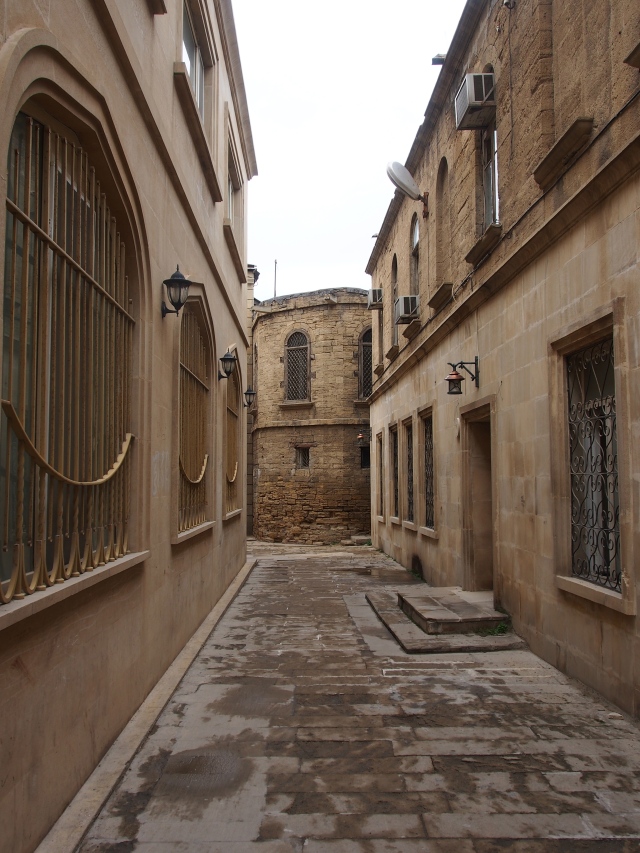 Do you still get culture shock? How do you experience re-entry?

Now in my third year internationally, nothing really fazes me. I’ve been blessed to have been able to travel to many places both near and far while I was in Abu Dhabi and now in Baku. So, if anything, I tend to relate what is happening at the time/moment to “Well, at least, it’s not . . .” , etc.)

How do you spend your holidays? How often do you visit home?

Well, since the start of my adventures abroad, I’ve only been home to New York (Syracuse) a handful of times, usually for the summer holiday. I am in the middle of hitting my intermediate goal of traveling to 40 countries before turning 40. (I’m 34 and actually have a blog about this goal.) 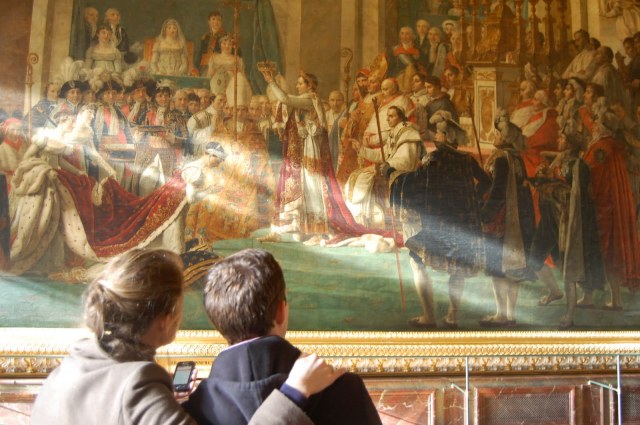 The Coronation of Napoleon, The Palace of Versaille, Paris, France

When you are looking for a new job, what do you personally look for in a school and country? Has that changed from when you first started teaching?

Well, in the States, I went to the DC area as soon as I graduated undergrad because there weren’t any jobs in NY at that time. Once there, I followed friends to other school districts that were closer to where I was living. Internationally, there are a lot more factors to take into consideration. Location of city/country, the number of expats, life in the city, and culture are all very important. Once those factors have been looked at, the school (number of students, the job, the pay, etc…) factors come into play. Usually, I look at both at the same time, so I choose schools in cities that I want to live in. Baku was strictly a job reason. I knew nothing about the city/country or even the location. The job and the pay were what brought me here and why I would consider staying past my contract.

How do you go about making a new place your own? (That is, both your new accommodation and your new country.)

I travel with pictures of friends and family and try to make each apartment as “homey” as possible in that way. When I’m settled I find a gym, a coffee shop, and a bar/pub that I know I’d always be able to go to and get food & drink. I think it is safe to say that in the short 9 months I’ve been in Baku, I’ve made my mark on the city and have a handful of places to go where I’m immediately recognized. Not sure if that’s a blessing or a curse!

Panoramic of the Caspian Sea, from the Four Seasons Hotel, Baku, Azerbaijan

What do you miss most about home when you’re abroad?

The food. I am finding especially since being here in Baku, that I yearn for food back in the States. Anything from my mom’s Indian food to pizza or even a Shake Shack cheeseburger and fries. I also miss the ease of going to Target or Staples. Internationally, you have to plan well in advance and bring that empty suitcase back to the States to fill up with goodies (both office supplies and food).

What do you do to meet people and integrate into your new home?

I met people at work that I felt that I’d be able to click with. With that said, you have to be careful, especially if you don’t want work and personal life to mix. Unfortunately, that’s not always able to be helped. Internations is also a great way to meet other expats. Doing an expat search of Facebook always brings up other groups that are in the area. 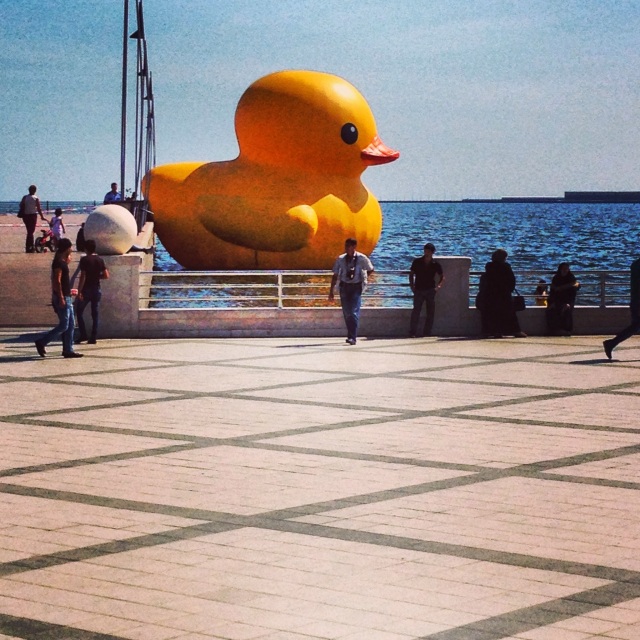 Dutch artist Florentijn Hofman’s sculpture, “The Rubber Duck” in the Caspian Sea (on a world tour)

What custom/ habits do you find most strange about your adopted culture?

In Baku, like other places, the citizens tend to stare at everyone. Sometimes it can come across as rude but 9 times out of 10, its just what they do.

How do you know when it’s time to leave?

I think if you’ve felt like you haven’t been able to progress in your career, have asked for professional development and haven’t gotten it, or the school is making drastic changes and you don’t agree with them, it might be your time to go. 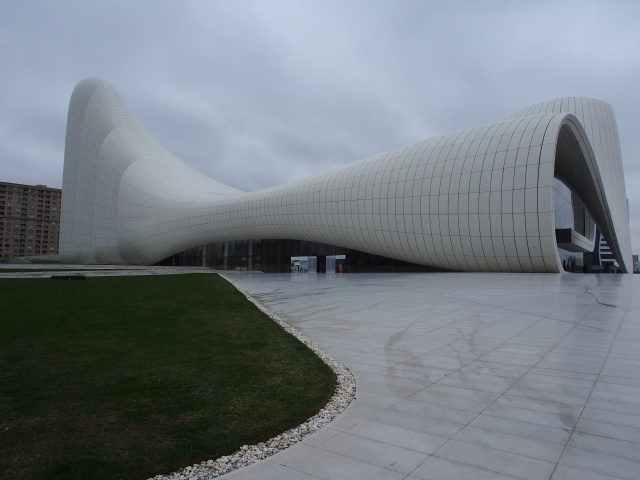 What has been your favorite teaching position/location thus far? Is there anywhere you are hoping to land a position in the future?

So far, my favorite job was at George Mason High School. The kids were fantastic and there was a real sense of community and school spirit. I do find that a lot of schools internationally are missing the spirit idea because they are too focused on other things that have been deemed more important.

How has living abroad changed you?

If anything, I’ve become a more “worldly” person, in that, I have an understanding of the world around me. Having lived abroad now for 3 years and am more than halfway to meeting my initial goal of “40 before Forty,” I am taking a lot more time to really look at what is around me, to talk to the locals, and to not be afraid to travel alone.

What tips or advice would you give to others thinking about making the leap to a career in international teaching?

Really think about if this is something for you. Are you willing to give up all of your creature comforts from home? Europe is great, but it’ll always be there. They don’t pay in terms of benefits and such, so if you’re set on that, it might not work. If you want to go into this career, especially internationally, keep an open heart and mind.

Find the full series of Interviews with International Educators here.

If you are an international educator and you would like to be featured on The Present Perfect, contact me at thepresentperfectblog {at} gmail {dot} com.