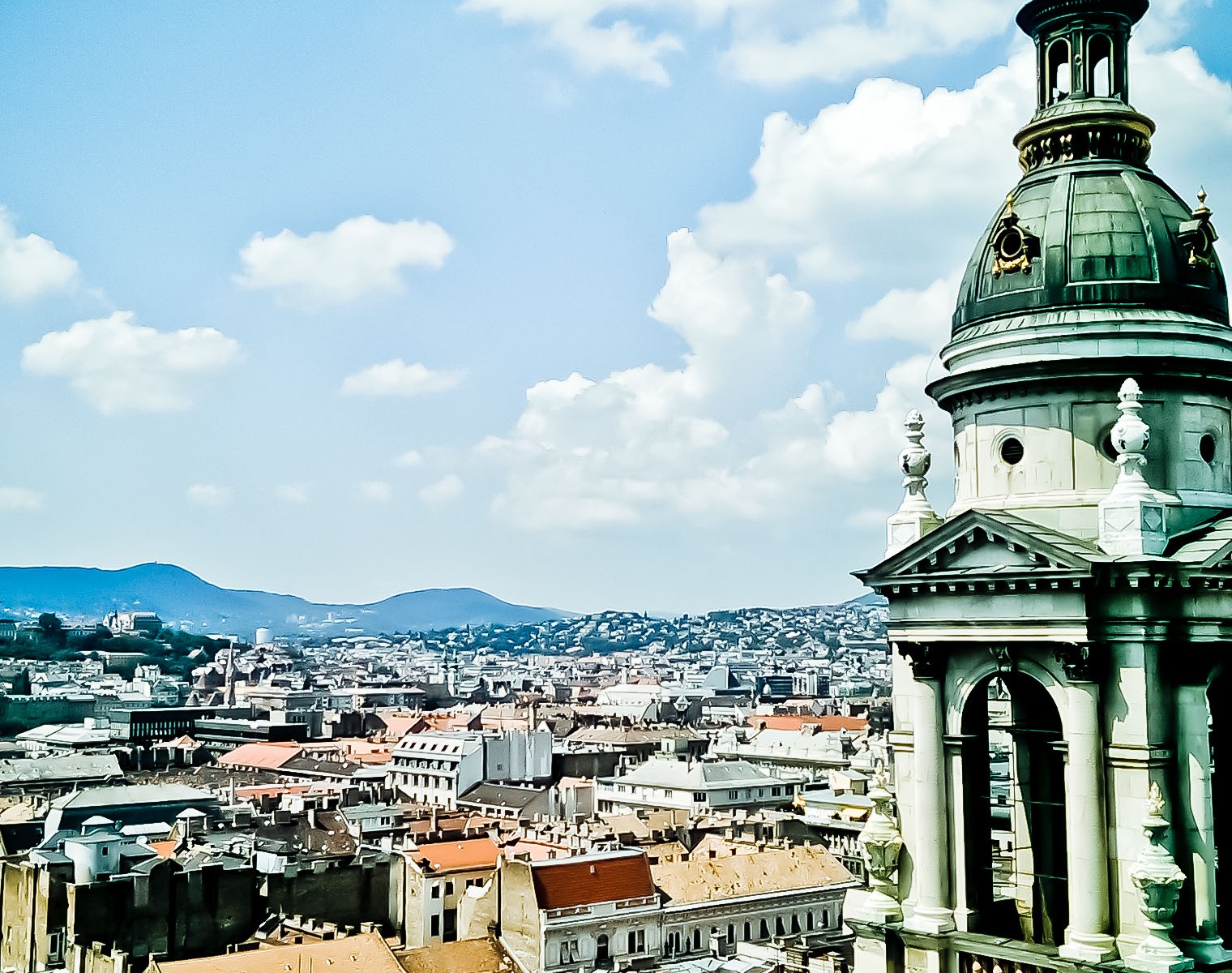 The title of this post was supposed to be “One Week in Budapest” but here we are and already 17 days have passed since I arrived. So I guess, more accurately: Two and a Half Weeks in Budapest.

I know that I want to say something to mark my arrival and new beginnings in a new city, new county, new life, but I haven’t been quite sure just what exactly it is that I want to say. I guess I’m not so good at detailing all the minutia of the everyday, though I quite enjoy reading about expat experiences on other blogs; the more detailed the better.

Lots of rain in Europe this summer

I had it in my mind that this time around I would try to write about all of my observations about this new country, language, culture from the beginning (not only for the sake of the blog, but for my own record). Turns out, it’s not as different here as I would have imagined. I feel so at home here in Europe that it’s almost like I’ve been here before. I’m sure that slowly over time I will pick up on all of the nuances, but for now it has been quite easy to adjust. In fact, the returning teachers at my school have all been asking me, “How are you adjusting to Budapest?”, and really, I don’t feel like there was any adjustment needed. I’m just here. And it’s great. Maybe it’s my years living in Italy talking, or maybe I’m just good at adapting to new places. I remember the first days in Beirut people asking the same question, and again I really didn’t feel like it was too hard. I always said that it was because I had visited Lebanon for a whole month the previous year and thus “knew what I was getting into.”

Open bars and cafes all over the city center

My first impression of the city was that it was even more beautiful than I had imagined. The Danube, the architecture, the cobblestone streets and sidewalk cafes: pure Europe. It’s amazing the amount of green space, sidewalks, public transportation, and infrastructure there is here. (<—-That is definitely the Beirut years talking). It’s truly wonderful here and I can’t wait to explore every nook and cranny of this city. 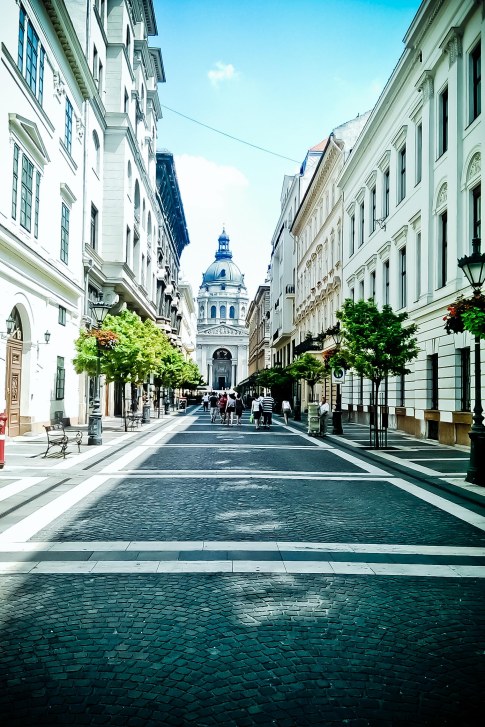 So, what have I been doing these past two weeks?

Week One: I arrived on a Friday evening and the next morning was already out hunting for apartments. Well, I saw exactly ONE apartment. Apparently weekends aren’t so great for apartment hunting as the landlords like to take the weekends off. So mostly I spent that first weekend playing tourist and starting to get to know the city. It was actually kind of nice as I had worked all summer and didn’t get to travel at all. I was staying in a hotel that the school put me up in so I really did feel like I was on vacation. Monday and Tuesday were spent seriously looking for apartments with two different real estate agents. By the second day we were six new teachers touring around together so I did feel al little pressure to jump on something quickly before it was snapped up. By the end of the day on Tuesday I claimed one of the places we had seen and was able to move in by Friday. It was such  a relief to have that major task checked off and to be able to focus on school rather that finding a home! 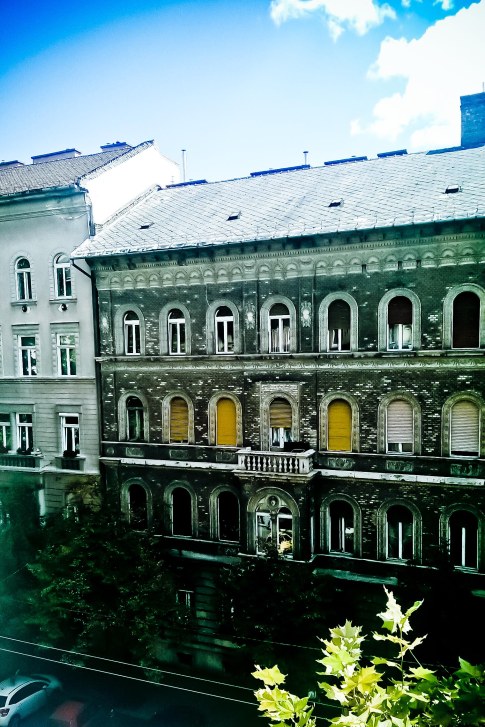 The view from my new apartment

Thursday and Friday were the first days of new teacher orientation so it was great to finally meet the 17 other new teachers and see the school that we would be working at. The school is truly amazing and has gorgeous facilities: everything including a theater, swimming pool, soccer fields, multiple gyms, rock climbing wall, coffee shops, cafeterias–you name it, we have it. (I remember my first days at my new school in Beirut thinking that the school was so great, where could you possibly go from there. I’m having those thoughts once again!) Then the weekend came and it was all about settling into the new apartment, including a school-sponsored trip to IKEA.

Week Two: We had a few more days of new teacher orientation to get acclimated to the school and our new roles. I was really lucky to have the teacher whose job I’m taking there to help show me the ropes. By the end of the week the rest of the faculty returned and our light get-to-know-you days of new teacher orientation were clearly over. Thursday and Friday were packed with meetings, meetings, and more meetings. Luckily I had time the previous week to set up my classroom. Finally, the weekend came and it was back to exploring the city. Friday night some of the new teachers took a trip outside of Budapest for some dinner and wine tasting to celebrate a new colleague’s birthday. Saturday and Sunday were for getting to know the city, including the Hungarian Folk Art Festival up in the Castle District.

Saturday on the Margaret Bridge

Next week we just have two days left to plan before the kids arrive! I’m not quite ready, but hopefully I can get prepared quickly!

Not my Mini Cooper

2 Comments on “Two Weeks in Budapest”

A few snaps from some recent photo walks around BP.
Friends, I did a thing. I bought myself this townhouse in Scottsdale so I have a place to stay when I'm home visiting family. It all happened so quickly as I first started talking about this over Thanksgiving and now it's done. I'll be renting it out on Airbnb/VRBO while I'm out of town and my first guests check in today! I'm living vicariously through my guests right now as I'm "stuck" in Budapest and not able to take any holidays this year. I can't wait until summer when I can go stay there myself! Huge shoutout to my sister @staceymanzella who stayed there for two weeks unboxing packages, setting things up, and coordinating maintenance.
Artsy Sunday with @fabfi2406 and Nickie.
Top nine instagram posts of 2020. Fitting that three (1, 2, 8) came from my one big trip of the year - February in South Africa with @laurenbroeseker. Two photos are connected to major news events of the year (4, 7). Starting school in-person (3) actually was a remarkable event considering all that happened this year. I moved apartments this summer and both the old place (6) and the new place (5) earned a top spot. Finally, a little local travel (9) in Hungary rounded out your favorites of my photos in this strange year.
No Christmas market. But on the bright side, there's a clear view of the tree and the basilica. 🎄⛪
We may not have Christmas markets this year, but at least we have Christmas lights and this pretty tree. (And mulled wine)