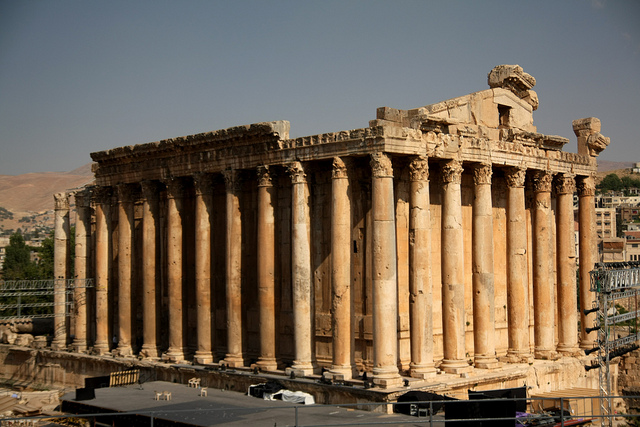 I went to Baalbeck on a field trip with my sixth graders today. It was my third time there but surprisingly many of my students had never been there before. I thought they might think it was kind of boring but they were really impressed for the most part.

While walking up this massive staircase right at the entrance, one student commented, “It’s like we’re walking up to the gates of heaven!”

A lot of students were impressed to hear that Alexander the Great had passed through Lebanon.

One student thought every thing was “SO cool!” I asked him if he had seen anything like this in Rome or other countries and he said, “Yeah but this is cooler because it’s in Lebanon!”

← Visual Stimulation
Beirut: Not a Haven For the Athletically Minded →

7 Comments on “Field Trip to Baalbeck”